Buyers Know What They Want in a Home 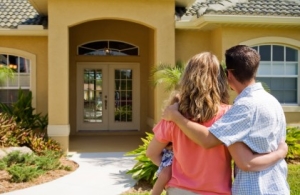 Couple viewing a home courtesy of Mark Moz, CC BY 2.0.

What are we looking for that will make a house our perfect home? It’s one of the first questions buyers ask themselves when they decide to buy a home. [Actually, even renters ask the same question (what makes a house a home). Our Director of Economic Research, Dr. Clifford A. Lipscomb, co-authored a paper on the subject in 2010 when he taught at Valdosta State University.] From location to square footage to the size of the yard, buyers must weigh a wide range of factors to pick out the home that fits all of their criteria.

While the U.S. Census Bureau hasn’t yet released its national summary report, data from the 2013 American Housing Survey (AHS) have been released, and last month the National Association of Home Builders (NAHB) published a report examining AHS data on the characteristics of recent homebuyers and the homes they purchased. First-time buyers tend to be younger, so it was no surprise that 80% of them viewed price as a reason for purchasing a particular home. In contrast, only 72% of all buyers surveyed said price was one reason they purchased a home, and just 63% of buyers of newly constructed homes reported price as a reason they chose a home.

First-time homebuyers did split significantly with all homebuyers in other categories, but buyers of new homes split from other buyers for many reasons. When it comes to quality, new-home buyers know what they want, and the house they buy will be a quality home. It makes sense that buyers looking to purchase a new home would care about quality. On the opposite side of the spectrum, first-time buyers, who we’ve already noted consider price important, know that a better built home usually means a higher price tag. That’s one reason why 63% of first-time buyers cited quality, as opposed to 72% of new-home buyers.

The same idea holds when those surveyed were asked about the exterior of the home: 73% of new-home buyers cited the look of the exterior of a home as a reason, compared to 63% of first-time buyers and 65% of all buyers. New-home buyers want a home with a certain “look,” and they tend to get that certain “look” if they’re willing to spend more money to customize the build-out or the finishes of a house.

Other factors didn’t show such large differences between the three groups. All three groups were similar (within just a few percentage points) in how often they considered the size of the home and the yard/view. Many buyers reported taking their time finding their home, too, with the median being 10 homes viewed before putting down an offer.

Neighborhood selection also played a part in how buyers picked a home. The house itself was a factor in choosing a neighborhood for 85% of all respondents. However, safety and the looks and design were more important to new-home buyers than other groups; 81% and 80%, respectively, of new-home buyers cited those two reasons for choosing a neighborhood, compared to 71% and 65%, respectively, of all homebuyers.

Chart created from NAHB tabulation of data from the 2013 American Housing Survey.

Interestingly, local schools had much less of an influence overall than we would have expected, with 48% of new-home buyers, 42% of first-time buyers, and just 40% of all buyers saying a neighborhood’s schools factored into how a neighborhood was chosen. We guess the reason for this relatively lower consideration of schools is due to millennials (often without children) moving back into the pool of homebuyers in larger numbers. Only 32% of the homebuyers surveyed were married couples with children, while another 6% were single parents. It will be interesting to see if schools remain relatively low on the list of reasons to choose a particular neighborhood as more millennials enter the housing market.

What trends have you seen in home buyers in the last few years? What do you think will affect buyers’ decisions in the next 5 years? Leave your answers in the comments. 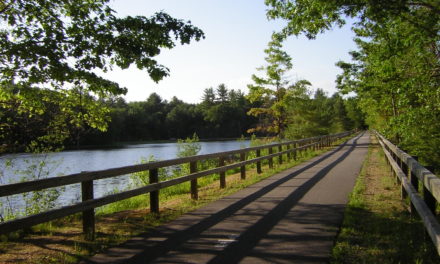