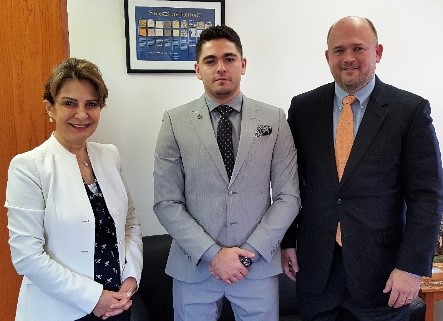 This is the second in a two-part series. You can read part 1 here.

Greenfield has clients ranging from heads of state to local businesses. A recent advisory service aided President Barack Obama’s “Call to Action” initiative, which reached out to the U.S. private sector to assist in providing relief to the Syrian refugee crisis through investments and innovative responses.

Then-Secretary of State John Kerry responded to this Call to Action by establishing a high level business delegation headed by Special Representative Ziad Haider and U.S. Ambassador to Jordan, Her Excellency Alice G. Wells. On a brisk sunny day in December 2016, Greenfield Advisors Economic Development Specialist Nawaf Alfaouri was selected to join a team of U.S. diplomats and private sector representatives to attend this business delegation to Jordan and meet with His Excellency, Prime Minister Hani al Mulki, to discuss the Syrian refugee crisis and work to further Jordan’s unique economic ties with the United States. The U.S.-Jordan Free Trade Agreement (FTA), which was signed in 2000, has allowed for substantial trade opportunities to occur between the two nations. The U.S. business delegation highlighted ways to further utilize the U.S.-Jordan FTA in order to help regional refugees, increase access for investors into the Middle East and North Africa (MENA) region, and discuss the outlook of the region.

Greenfield has over 40 years of advisory and analytical expertise and offers the following to TDA members:

Greenfield Services for Foreign Investors Seeking to Invest in the U.S. (EB-5) 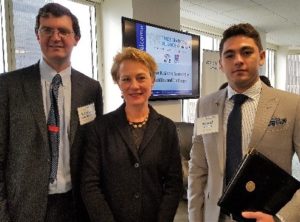 As an active member of the TDA, Alfaouri has been invited into a Jordanian delegation by Jordanian Ambassador to the US, Her Excellency Dr. Alia Bouran. The Jordanian delegation was received in Seattle by the TDA, where Middle Eastern socioeconomic affairs were discussed. As the conflicts in Iraq are beginning to subside, U.S. firms have an opportunity to invest in the infrastructure needs of the region, as well as the vibrant ICT sector in Jordan. That is also the case for MENA-based investors who desire to utilize Greenfield’s expertise in the EB-5 visa application at a time where stable investments in the U.S. are key. Greenfield provides the U.S.-MENA expertise necessary to expedite the EB-5 visa process or conduct a feasibility study prior to investing.

Greenfield is situated in the heart of downtown Seattle, where Seattle’s economy is high-tech, innovative, and diverse, home to nine Fortune 500 companies, and where over 40 percent of jobs are tied to international trade and business.

Greater Seattle’s economy is driven by innovations that consistently transform the world. The aerospace industry is the global standard: Seattle builds more than 90 percent of Boeing’s planes, and the city has 650 other aerospace companies in the region. Seattle is a world leader in cloud computing and software development and home to industry pioneers such as Microsoft, Amazon, and Tableau. The region’s largest university, the University of Washington, is the top recipient of federal research dollars among all U.S. public universities, and it launched 18 start-up companies in FY 2014.  Seattle has more than 480 life sciences and global health organizations that are revolutionizing healthcare all over the world. Not to mention, Seattle was voted the nation’s most sustainable city in 2014 and is home to the world’s greenest commercial building. Greater Seattle is where new ideas and products are cultivated every day.

In addition to Seattle’s tech sector, Greenfield is globally connected. Being next door to Canada and equidistant by air between Europe and Asia, Greenfield’s location is ideal for connecting to international markets. Combined, Seattle’s ports make up the third largest container complex in the United States, and the Seattle-Tacoma International airport offers non-stop routes to 21 international locations. Thanks to these global connections, Greater Seattle’s economy is steeped in international trade: Seattle is ranked as the fifth largest metropolitan export region in the U.S with over $57 billion in transactions.

All of these factors contribute to the city’s success: in July 2013, it was the fastest-growing major city in the United States and remained in the top five in May 2015 with an annual growth rate of 2.1 percent. 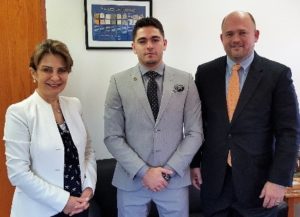 Seattle is a hotbed for start-ups, especially in green building and clean technologies: it was ranked as America’s No. 1 “Smarter City” based on its government policies and green economy. In February 2010, the city government committed Seattle to becoming North America’s first “climate neutral” city, with a goal of reaching a net zero-per-capita greenhouse gas emissions by 2030.

Still, very large companies dominate the business landscape. Four companies on the 2013 Fortune 500 list of the United States’ largest companies, based on total revenue, are headquartered in Seattle: Internet retailer Amazon.com (#49), coffee chain Starbucks (#208), department store Nordstrom (#227), and freight forwarder Expeditors International of Washington (#428). Other Fortune 500 companies popularly associated with Seattle are based in nearby Puget Sound cities. Warehouse club chain Costco (#22), the largest retail company in Washington, is based in Issaquah. Microsoft (#35) is located in Redmond. Weyerhaeuser, the forest products company (#363), is based in Federal Way. Finally, Bellevue is home to truck manufacturer Paccar (#168).

Other major companies in the area include Nintendo of America in Redmond, T-Mobile US in Bellevue, Expedia Inc. in Bellevue and Providence Health & Services — the state’s largest health care system and fifth largest employer — in Renton. The city has a reputation for heavy coffee consumption; coffee companies founded or based in Seattle include Starbucks, Seattle’s Best Coffee, and Tully’s. There are also many successful independent, artisanal espresso roasters and cafés.

Whether you are a TDA member looking to work internationally or a MENA-based investor seeking to expand into the U.S., Greenfield will help you accomplish your endeavors. 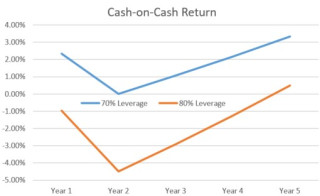 Two Dr. Lipscombs Study the Effects of Oil and Gas Exploration on the Housing Market

Real Estate and “The Long Game”